Choose from the best residential gate designs available with us and get your gate ready and delivered at your doorstep within a week.

We have five years of experience in taking commercial property projects to build the best quality high standard games for commercial and workspaces.

Switch to the most advanced technologies of automation and machine learning services. Install new voice command and sensory detector gates at your home.

Play Video
Check out our portfolio for all our previous gate works. We have built an audience of over 1500 families that have trusted us for building high-quality gates. 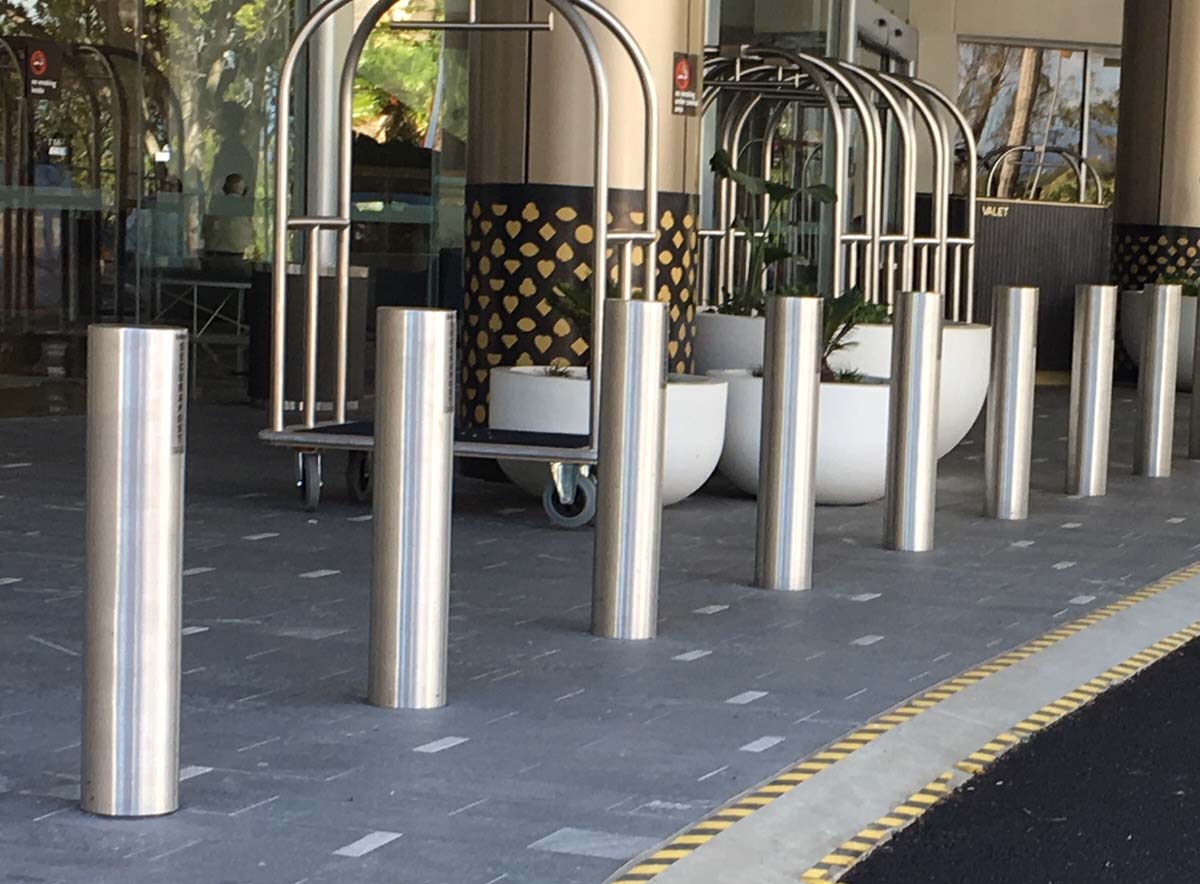 We are a team of gate makers who have been making gates for homes and offices for over five years. Our experience in making gates include metal framework, artistry, woodwork, best contacts for raw material, and the latest technologies. We provide a professional and friendly service to listen to all your demands and come up with the best solution for your budget.
Our Works 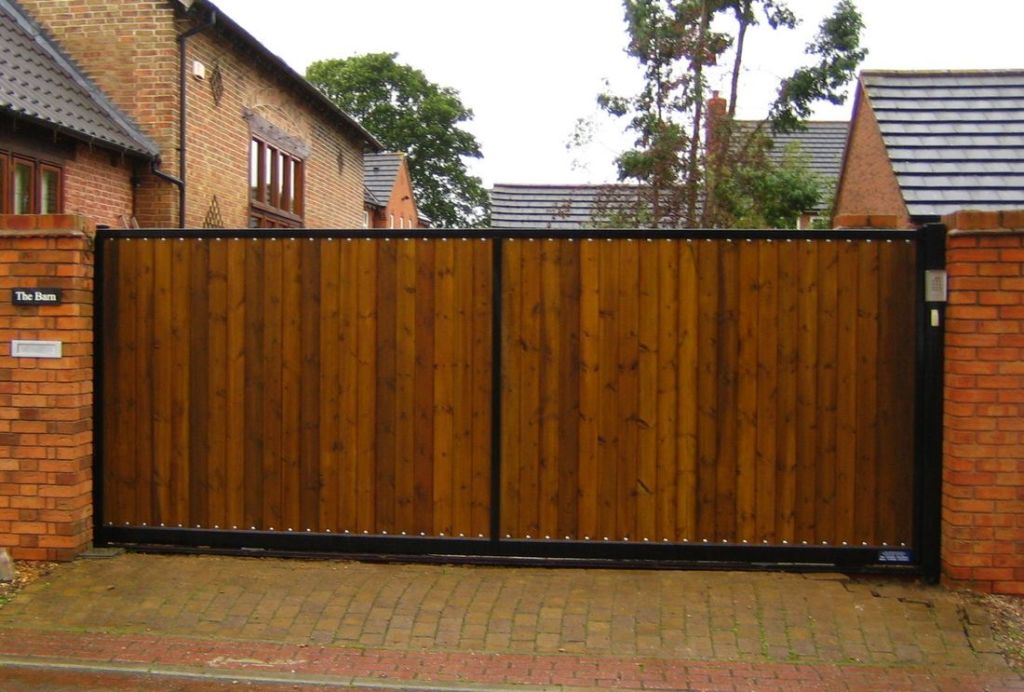 We are professional gate makers with five years of experience in making neat and high-quality gates for big and small properties.

We provide consultancy for choosing a gate design, bring high-quality raw materials, and finish the projects before a guaranteed deadline.

We promise to deliver the best replicas of the designs that we provide you with quality materials and best prices.

Check out our projects on advanced security barriers to learn about effective ways of holding security for industrial properties.
View

What Our Clients Say

Thankyou for providing the kind of service I was expecting from a gate manufacturer. I loved how the gate was delivered at the doorstep without a complaint from the delivery people and was installed right away.

We have a team of experienced gate installers who have worked on over 300 projects each to provide highly professional service with the right tools and a desire to provide quality service.
Contact Us 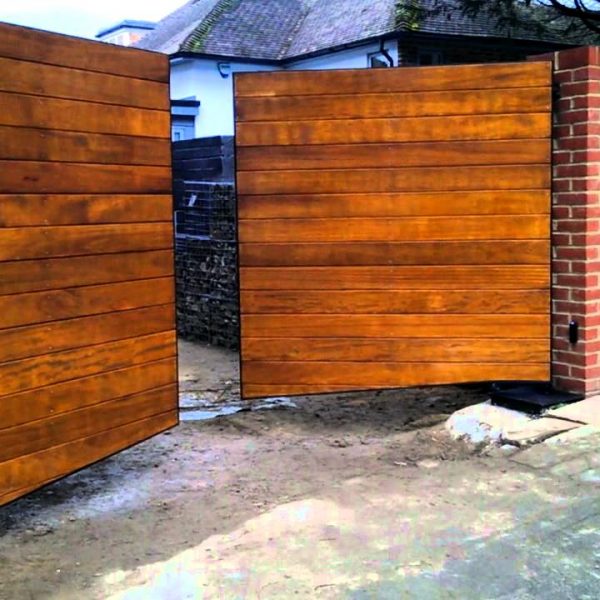 Subscribe to our newsletter to get the latest updates on real estate and new construction technologies.
Subscribe 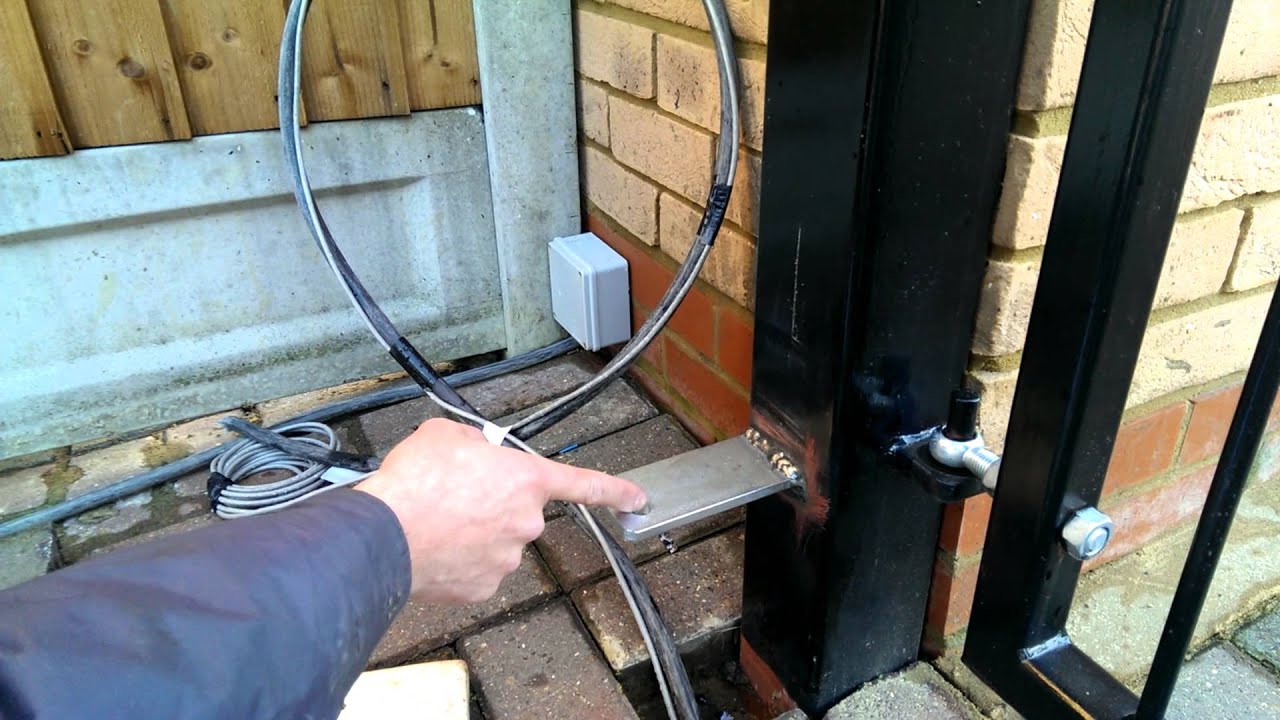 Automating the entrance gates is a great solution for a comfortable living. This is one of the best ways to ensure that there is security to the building. If you are looking to make sure that you have the right advantage, a right electric gate motor will encourage the discoveries of different engines.

There are different types of motors which are specifically designed to help ensure that you have access to electric gates. These motors are directly connected with gears and can allow one to have reduced speed and allows one of the correct operations of the doors.

These are simple motors which is operated by a shaft which is an auger and rotates to contact a toothed crown which can be turned off with other shafts from the crown.

These motors consist of two helical gears which can be placed in a way which can allow one to relate to the other. There is a specific ration which can be transmitted faster by slower motor speed. Each gear allows one to reduce the speed of its previous gear. 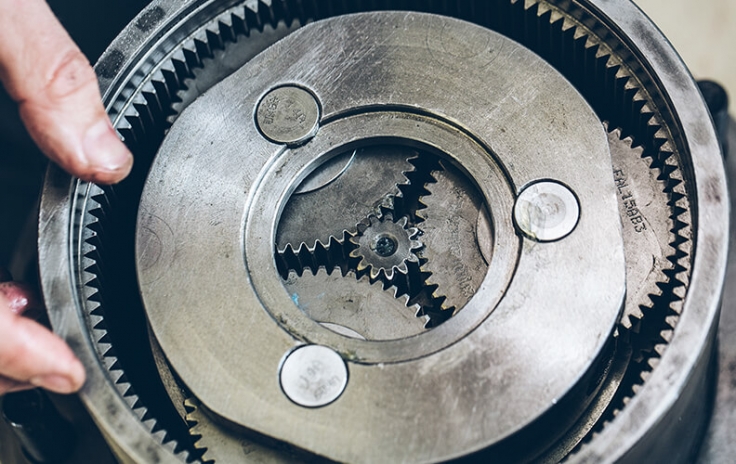 Which motor is suitable for different types of the electric gate?

Sliding doors: Sliding doors operate with worms and wheels, the design is simple and functional where they have a toothed crown which comes in contact with the worm which moves the teeth reducing the transmission speed. There is a displacement of reducers which is straight and can be made into 90 degrees. The worm and the wheel reducer is placed in the upper part of the door which has a system pulley which can help you move in its movements which can get the linear displacement. 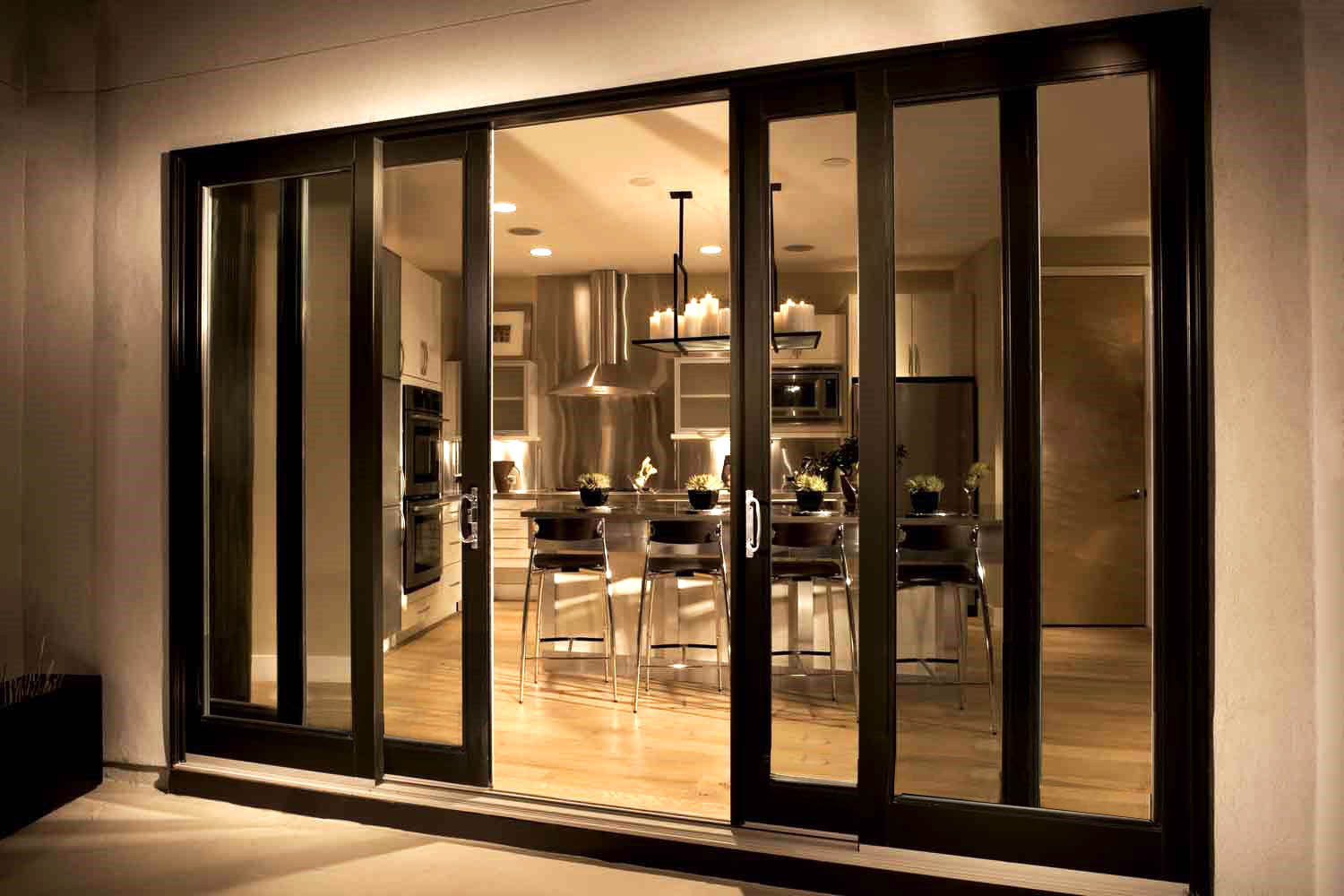 Access grids: Access grids are other types of electric gates which uses the same system for their operations. This reduces the lower part of the coulters and makes the movements through the pin, which is motorised.

Garage door: The garage door is based on a linear reducer where the motion of a low voltage DC motor is set into the linear motor. This type of electric gate which can be lifted, adjusted and titled at the touch of a button. This is one of the greatest advantages which requires less installation space which helps with the reducer open and closes the swing door.

How to find the right engine?

When you are choosing the right motor for the automation of the hinged door, you need to consider the type, length, weight which can be accounted for when indoors or outdoors.

There are many business and organisations out there who are always looking to improve the security of their premises. This is one of the best ways to help ensure that you have the right form of fencing. Having the right fencing allows you to have the right access to gates. Automatics gates are some of the most common options, especially for large areas which require business and warehouses, which will allow you to access high levels of security. Here are some of the types of automatic gates.

There are four main types of swing games ornamental automatic swing gates, balustrade gates, palisade gates, welded mesh gates. Swing gates are a great option for the organisation which looks aesthetically pleasing as well as can be automated and operated with remote control. There are many designs which have many extra features which is barbed by wires and electrical pulses.

Sliding gates are some of the most secure and are a lot harder to force open. They are the rigid structure which is less vulnerable than the swing counterparts, which is more secure, making them a great deterrent. Sliding gates are 15m wide and can make sure that space is efficient if raised inside properly. The automatic sliding doors are best for raised inside the property. They are commercially situated and can allow one to have options with businesses and organisations in the United Kingdoms.

Bi-Folding gates are referred to as speed gates due to the short amount of tie it takes to help them open and close. They are especially useful when organisations are permitting to allow limited access to the amount of time as well as the continual vehicle traffic to the banks, schools and staff car pranks. Bi-folding gates can be designed to look aesthetically pleasing and can also require training to help operate correctly. 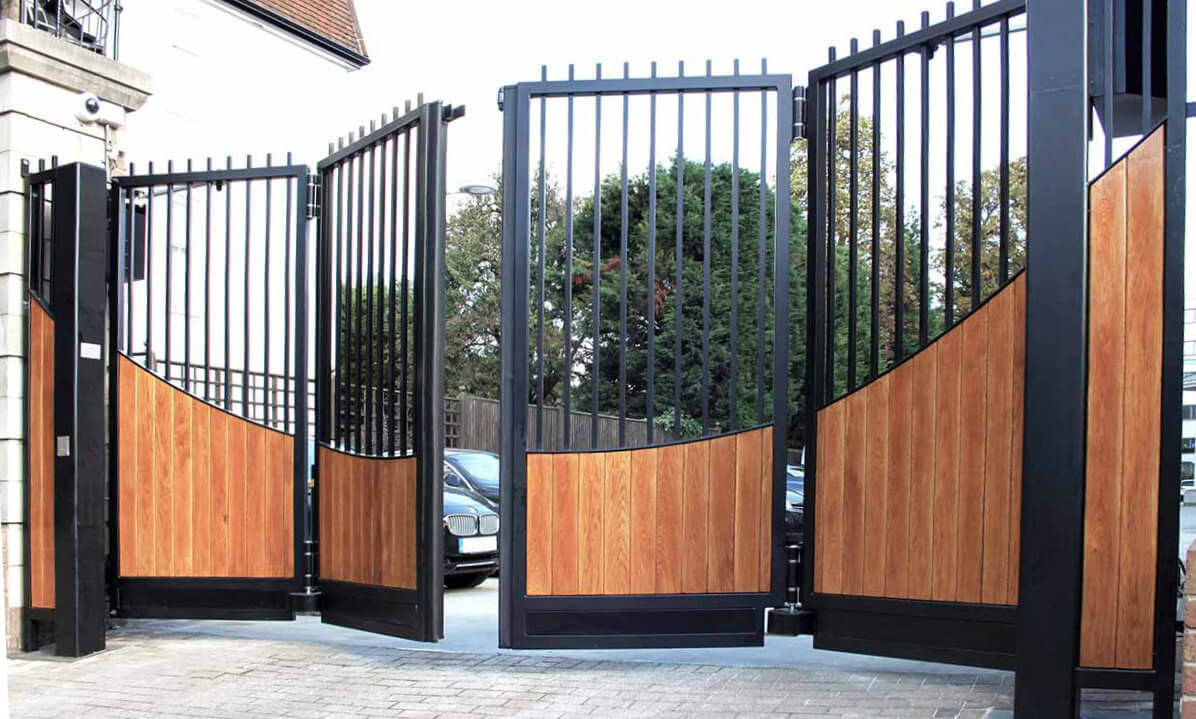 Telescopic gates are similar to the sliding gates, which takes up less space when the door opens and closes smoothly. There is an ideal use of security which will require the doors to open only when the gates outside can open on its own. The telescopic gates can be installed on every ground which can later be painted via different access control systems which is well suited for the same kind of premises and traditional sliding gates. Automatic gates are some of the best when it comes to improving the security of the house while making sure that people have access to the ones who need them. They are some of the best when looking for the right business and the level of security which is needed to keep everyone safe.